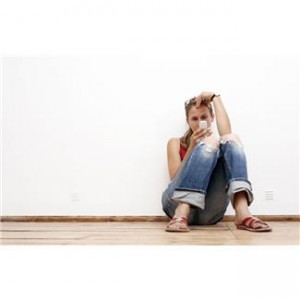 Have you contracted app-insanity? Symptoms include app-related overwhelm, dozens upon dozens of apps installed on your phone (many of which you’re not even sure what they do), out of memory errors, and frustration because you can’t find the apps you actually DO use. Studies show that when you first get a smartphone, you probably went crazy downloading lots of apps, but in reality, you probably use only a few on a daily basis.

Since most apps are generally free or cheap, it’s often hard to resist the temptation to install “just one more.” But the truth is, having a bunch of apps that you don’t actively use gets in the way of your productivity by making you dig through your phone trying to find the apps that you actually want – kind of like having piles of paper on your desk that are hiding your important files. Here’s how wrangle your phone’s apps:

What apps are you actually using? If you went app-crazy when you first got your phone, you probably have quite a number of apps installed that you are not actually using. This is extremely common – there are just so many apps that we read about or that friends tell us about, it’s hard to resist installing the latest cool app – but if you’re not using an app, having it sit on your phone isn’t helping you. With your phone in one hand and a pen and paper in the other, go through the apps that are installed on your phone and write down a list of the ones that you actually use on a regular or semi-regular basis. Apps that you’ve downloaded and used once or twice don’t get to make the list.

Reduce. Now that you have a list of apps that you DO use, it’s time to give the digital heave-ho to the apps that you aren’t using. Just because you paid for an app isn’t necessarily a good reason to keep it on your device if you aren’t actually using it, or if you used it and didn’t like it. Don’t worry – you can always download an app again if you find that you have a need for it. Using the list of your frequently used apps, go through and uninstall or delete the apps currently on your phone that didn’t make the list. Chances are very good that you won’t miss them!

Organize. Most mobile operating systems let you organize your apps into useful groups – either into folders or separate screens – so you can easily find what you need, when you need it, instead of having to scroll through screen after screen of apps trying to find the one you’re looking for. One simple way to organize your apps is to group them by type of activity. A few common activity groups are travel, food/dining, social media, movies and tv, music, reading, games, and so on. Grouping your apps into these (and more) categories will make it much easier for you to find – and utilize – your apps quickly.

Stop downloading! Now that you have your apps under control and organized, be judicious with what apps you download in the future. Just because it seems like everyone is using the app du jour doesn’t necessarily mean that you need to rush to install it – or that you’d even make use of it if you did. Instead, use the problem – solution method of choosing apps. If you’re having a particular challenge or problem, look for an app that will help you overcome that challenge or solve that problem. That’s a much more purposeful way of using your device, rather than downloading the cool, trendy app that you might never actually use.

Have you been guilty of app-induced insanity? How did you overcome it? Sound off in the comments below.

If you’re wondering how to implement these strategies, we’d be happy to chat with you. Contact us for a complimentary strategy session by going to http://www.customlivingsolutions.com/Apply

And if you’d like latest tips and advice on productivity and organizing delivered right to your inbox, enter your email address below to subscribe. It’s FREE!

2 Responses to “Stop the (App) Insanity!”