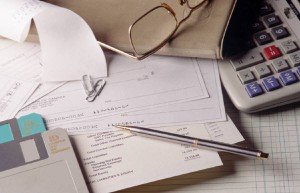 It’s not about how much you get done—it’s how well you do it.

I recently met with a new client whose stated goal was to feel like she spent each day being very productive—that she got a lot of things done that day. In our culture of production and consumption, “being productive” has become a goal unto itself. As a professional organizer, I encourage clients to look beyond just getting a lot of things done; rather, I believe you’re better served striving for effectiveness rather than just productivity. Let’s look at a few ways to make that happen:

1. Know your goal. Before you sit down to work on a task, decide whether your goal is to be productive, efficient, or effective. When you’re productive, more often than not you’ll have completed a number of tasks, but your focus may not be on completing each task particularly well—checking them off your list is your priority. You’ll get a feeling of accomplishment, but it will be more about how many tasks you’ve completed rather than about the tasks themselves. A cousin of productivity is efficiency—getting something done expediently or in a streamlined way. Both productivity and efficiency can lead you toward overall effectiveness. Effectiveness means that your tasks are not only getting completed, but they are completed well. When you’re effective at work (or at home), you’ll know it—you’ll have that unmistakable “job well done” feeling, an intangible but fulfilling reward for completing your work.

2. Don’t multitask. People frequently trick themselves into thinking that they are being particularly productive by doing multiple tasks at once. It may seem like you’re getting much more done by multitasking, but in most cases it’s just not so. Studies have shown that when you multitask, each individual task can take up to four times longer than if it had simply been completed on its own. By definition multitasking means you’re splitting your attention among two, three, four, or more tasks at once. When we are unable to focus on a task, the quality of our work usually suffers. Multitasking can also contribute to a sense of overwhelm or of doing too much.

3. Block out time. Instead of multitasking, it’s better to create blocks of time on your calendar for the various tasks you have to do. Give each task the time it requires to be completed well. For most people, when things are put onto the calendar, they become “official,” and thus get done. Here’s a tip when blocking out time: always overestimate how long tasks take to complete. Most people underestimate task time, so they end up always feeling rushed. Build a little breathing room into your calendar and you’ll be much better off.

As with all things that are worthwhile, building your effectiveness habits take time and effort—but it’s worth it. Over time, you’ll notice yourself feeling more satisfied with your work and more in control of your day.

It’s not too late to sign up for my FREE teleclass – Discover My Easy Strategies for an Orderly, Clutter-Free, and Enjoyable Home! Register: http://www.customlivingsolutions.com/secret/simplifiedlifetips